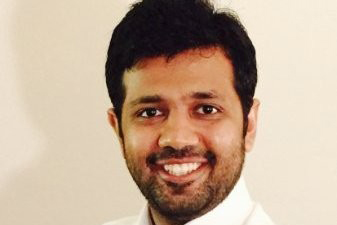 Nirmit is a serial cross-border entrepreneur and a World Economic Forum Global Shaper. He is also one of the reasons for the structure of the Pangea Force. Pangea Force met Nirmit in his capacity as CEO of Cruxbot, which was located in Ahmedabad, India. With just a 40min conversation, Pangea Force made an introduction resulting in Cruxbot being acquired by Kno, Inc.; shortly thereafter, Kno was then acquired by Intel. It was this experience that underscored the power of a cross-border venture platform for all nations, both developed and developing. Pangea Force was born from the realization that structured cross-border collaboration radically strengthens local innovation efforts and radically accelerates startup execution and the prospect of liquidation events.

Before Cruxbot/Intel, Nirmit was the founder of Incone Technologies which specializes in dam automation to control floods and eliminate the devastation of flash floods. His work in this area led to his becoming a World Economic Forum Global Shaper.

Nirmit has an MBA from Stanford's GSB, as well as a BS in instrumentation and control engineering from Nirma Institute of Technology.

Cruxbot's story is the perfect example of how Pangea Force makes powerful connections across borders unlikely to occur naturally.